Erin Mounsey graduated from Fort Lewis College in Colorado in 1998 with a degree in business and shortly after began a home remodeling business with his fiancée in Durango, Colorado. In October 1999, Erin was stripping the floors of a turn-of- the-century Victorian- style home when the fumes from the lacquer thinner caught fire. The wooden house was quickly consumed by flames, and Erin and his fiancée were trapped inside.

Searching for a way out, Erin grasped the door knob, which charred his hand as he tried to turn it. Determined to escape, Erin broke through a bathroom window and managed to extinguish the flames on his body by rolling to the ground. His fiancée escaped through a glass front door. Erin said it was a surreal experience, and although the pain was immense, he was in disbelief that it was happening.

Erin was unaware of the severity of his injuries, but when the paramedics arrived, he could see it in their eyes. Although their words were reassuring, their expressions were not.

Erin spent more than 2 months in a medically induced coma in the ICU at the University of New Mexico Hospital. His mother, Sharon, said, “That was the most horrible part of my life. I had no idea what was going to happen to him.”

Erin slowly began to regain consciousness as the year 2000 approached. Still unaware of the extent of his injuries, Erin said the reality didn’t really sink in until he was weighed and he saw that the scale only registered 120 pounds. Prior to the accident, Erin had weighed 175 pounds and was in excellent physical shape, and enjoyed exercising and outdoor activities.

When Erin saw how much weight he had lost, he thought, “What’s missing?” The fast, hot flames from the chemical fire had caused severe burns to Erin’s entire body, including his face and hands, resulting in the loss of his ears, eyebrows, parts of his nose, and most of the fingers on his right hand and his left index finger.

Miraculously, Erin recovered from the imminent life threat, and he was transferred to a rehab facility at the University of Utah Intermountain Burn Center, where he spent the next 5 months.

Erin’s mother and other family members were at his bedside continually. He said, “Mom was my rock. She was an advocate on my part, and somehow she was able to figure out what I needed even though I couldn’t see or talk.”

Desperate for an Escape

During the time Erin was hospitalized, the relationship with his fiancée changed. It has been speculated that she and her family were concerned that Erin would be severely disabled and be a dependent for life. They attempted to work through this difficult time in couples therapy sessions but they were unsuccessful, and Erin’s fiancée ended the relationship.

In addition to the couple’s personal relationship, their business partnership also ended, and, as a result, Erin lost a substantial amount of property and other resources.

At the same time, Erin was also dealing with the reality of a burn injury. He was released from rehab, yet he still wasn’t capable of doing day-to-day things for himself due to the severity of the injury to his hands. Erin said he was also constantly stared at and questioned about his injuries to the point that it was making him feel “like a freak.” He began to feel overwhelmed as to what the future could possibly hold.

As Erin approached the 1-year anniversary of his burn injury, he was experiencing post-traumatic stress and cycling into a deep depression. He began using drugs and drinking heavily as a “way to escape” from what had happened to him.

Erin also had severe difficulty sleeping, and said he was “being driven nuts” by his inability to sleep. Although he was losing the connection with his family and friends, he said he was still able to “pull off” daily life. Because he was in denial about his suffering, Erin said that he was able to convince mental health professionals that he was “doing fine.”

The tragedy and loss in Erin’s life culminated nearly a year to the day that he awoke from the medically induced coma. On New Year’s Eve 2000, Erin learned that his former fiancée was dating one of his best friends and that they had been together since shortly before Erin was discharged from the hospital.

After learning this news, Erin said that he had “given up on life and could care less what was going to happen.” Enraged and saddened by his life course, Erin broke into her home, taking documents, a computer, and other equipment that were assets from their joint partnership. Erin was arrested and charged with burglary later that evening. He was immediately taken to the county jail and later sentenced to 4 years in the state penitentiary.

Erin’s family and friends were devastated. They were aware that he wasn’t doing well but had no idea that prison was in Erin’s future.

Now, however, there was nothing any of them could do. Erin had broken the law and was going to have to suffer the consequences.

When Erin entered prison, he was still wearing his pressure garments and he couldn’t tie his own shoes or button his own pants. But he was treated like every other prisoner—no consideration was given to the fact that he was newly injured and facing multiple disabilities. 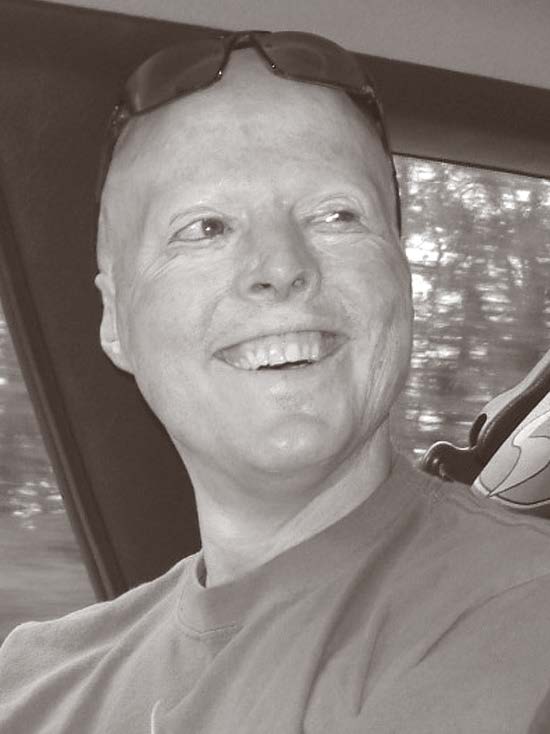 To most of us, this sounds like the ultimate nightmare and to Erin, at the time, it was. In retrospect, however, he said he learned that being in prison was “the best thing that could have happened.”

He described himself as “an emotional train wreck waiting to crash,” but prison provided a controlled environment, in which being treated just like everyone else ended up paying off.

Because he wasn’t able to tie his shoes or change clothes quickly, Erin said he continually missed unscheduled recreation time, which frustrated him. The guards gave him no special considerations, and he wasn’t allowed to have any adjustments made for his disabilities.

Frustration turned into determination, and Erin was forced to learn new ways to care for his daily needs. Erin said that by not being treated differently, he was able to learn to do things for himself again.

Erin was also no longer the center of attention. Prisoners follow an unspoken “convict code,” by which inmates respect each other’s privacy. Other inmates didn’t stare at him or question him about his injuries.

Erin said that in prison, “people get very used to each other.” Soon enough, Erin made friends among the other inmates, and his new friends encouraged him to try new things, like going to the gym and lifting weights. Before long, Erin’s body and hands were becoming stronger and his overall outlook was improving.

The prison system also has an excellent interlibrary loan, and Erin was reading everything he could about grief, loss, and trauma. Erin said that being in prison allowed him to go through the grief process in a controlled environment—he was able to get upset without turning to drugs, alcohol, or violence. Erin learned how to deal with his emotions in a new way.

It was also in prison that Erin found Phoenix Society for Burn Survivors. Erin began corresponding with Phoenix Society and learning more about burn injuries and other burn survivors. Previously, he had been convinced that he had the worst burn injury ever and that there was no one else like him out there. Erin was shocked to learn that there were so many other burn survivors living truly great lives.

Of course, every day in prison was not a positive experience. But during the 3 years and 2 months that he was incarcerated, Erin said he “learned to digest what had happened.” He knew he was a good person before his injury, but his life had gotten completely out of hand. While in prison, Erin said, “I learned to love myself again.”

Erin was released from prison in February 2004, and one of his goals was to attend the upcoming Phoenix World Burn Congress (WBC). Erin had heard good things about the conference but had no idea what to expect. He did, indeed, make it to the 2004 conference in North Carolina. He said, “That was a huge, huge time for me, and the conference blew me away.”

Blessed with a Positive Attitude

Today, Erin said he has learned to deal with his injuries and cope with his anger. He said, “I deal with anger in small amounts. I don’t let things build up anymore.”

Erin also said that throughout the challenges he has faced in life, he has been “blessed with a positive attitude.” Despite having some incredibly low times, Erin has always tried to see the positive.

“Erin is incredible,” said his mother. “He has overcome so much, and I’m so proud of him. I know he has many great things in his future. He is a true inspiration to others.”

Today, Erin is living independently, has a career he enjoys, and has found love again. Erin lives in Denver and works for the Mile High Chapter of the American Red Cross, where he was just promoted to Senior Program Manager for Transportation.

Although Erin has always believed that love is all that matters, he wasn’t sure that it would be in his future after his injury. But Erin said that attending Phoenix WBC gave him the confidence to start dating again. Specifically, in a session about dating and relationships, Erin was able to see that many burn survivors were involved in healthy and meaningful relationships. Upon returning home, Erin began dating again, and he has found a new love with a woman he met at Phoenix WBC in Baltimore this past summer. On meeting her, Erin said, “I was absolutely taken with her.” 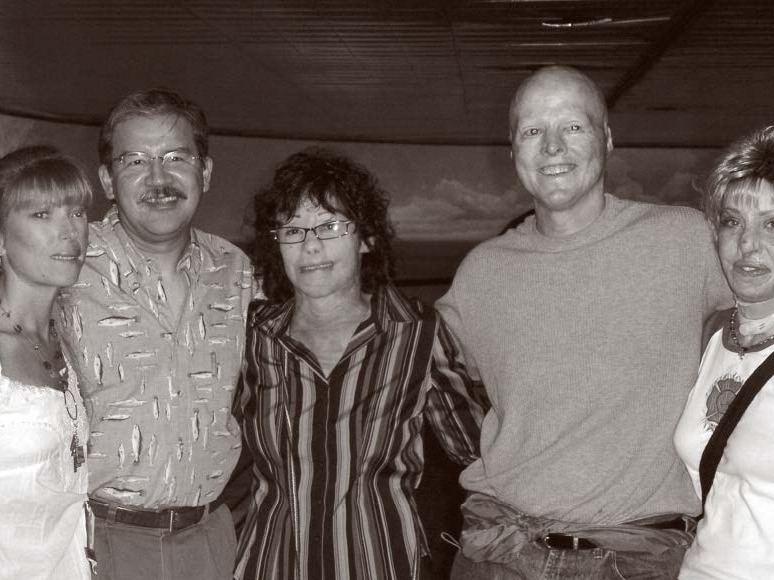 Prior to Erin’s burn injury, he said he was living “a privileged existence,” in which everything in life was falling in place—so much so that he was taking things for granted. “I was striving to achieve goals,” he said, “but I was missing life in the process.”

Looking back, Erin is thankful for the experiences he has had and the perspective he has gained. Today, he enthusiastically says, “I absolutely love life.”

Nicole E. Smith is a PhD student in the School of Journalism and Mass Communication at the University of North Carolina at Chapel Hill. She is also a burn survivor.