On the Road to Healing

Once again, Bob Duval put rubber to the road – the rubber on the bottom of his running shoes – and trained for the Boston Marathon. For the first time in its history, the Boston Marathon was held in October instead of on Patriots’ Day in April.

Fighting the odds and running for a cause is what Team Phoenix means to Chief Bob Duval.

Every mile he ran was in the name of Phoenix Society and for survivors everywhere. Bob’s passion was contagious with the generous support of his friends, families, and colleagues, and he was recently featured on his local NBC news in Hartford, CT! 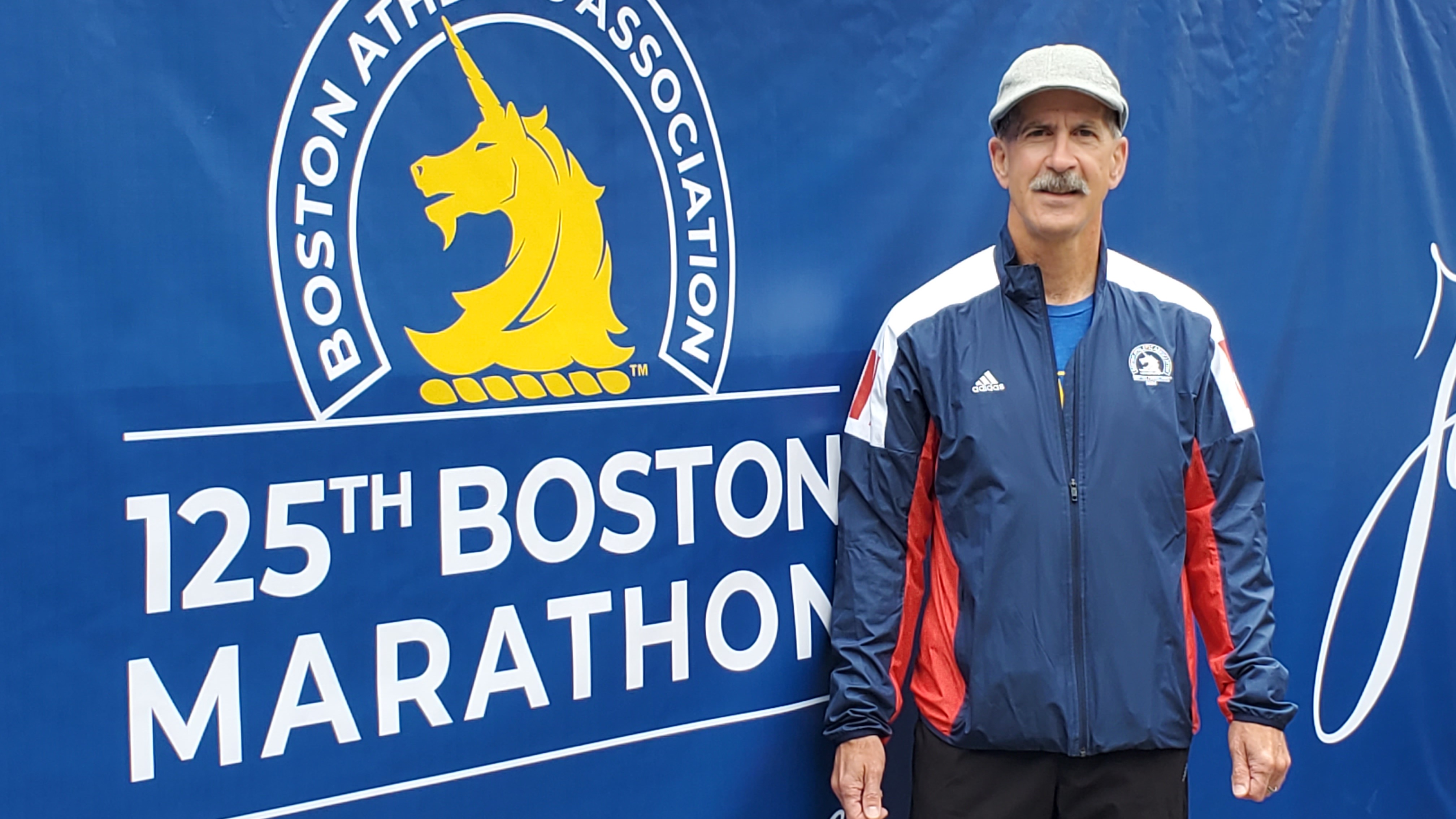 Bob raised a total of $5,750 through his Team Phoenix fundraising page.

His efforts to spread the awareness and support of the burn community extended further than he had ever intended. In his news interview, he gave a beautiful tribute to Gina Russo, a survivor who significantly impacted his life. When Phoenix Society shared the news interview with Gina, she responded, “Thank you so much for sharing this with me. To know I made an impact on him is an honor, especially with all the people I am sure he has met in his career. It is very humbling and an honor. It makes telling my story and advocating all that much more important.”

Bob also inspired another tribute in the form of a memorial for the brother-in-law of his best friend, Keith, who passed away this year. Several fire departments worked together to collect donations to honor Keith by donating towards Bob’s Team Phoenix fundraiser.

The spirit of fundraising is a beautiful way to give back while connecting yourself and loved ones to a cause. Consider joining Team Phoenix today! Walking, running, rolling, and rowing are examples of ways to get involved; the options are endless! Contact Marth Boks about starting your Team Phoenix fundraiser today.